Lack of Fitness Second Only to Smoking as Predictor of Early Death: Study Increases in fitness levels were associated with greater longevity 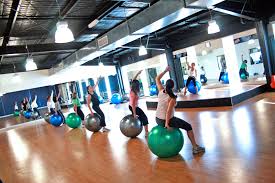 Analyzing nearly 800 men starting at midlife, Swedish scientists also found that each measurable increase in fitness levels translated into a 21 percent lower risk of death over 45 years of follow-up.

"Fitness in middle age is of importance for mortality risk for several decades," said study author Per Ladenvall, a researcher in the department of molecular and clinical medicine at University of Gothenburg. "Persons with low fitness are associated with an increased mortality risk throughout life."

"Smoking was the risk factor that was [most strongly] associated with mortality," Ladenvall added. "We were somewhat surprised that the effect of aerobic capacity was even more pronounced than that of high cholesterol and high blood pressure."

Heart problems caused by narrowed heart arteries, also known as ischemic heart disease, is the most common cause of death worldwide, according to the World Health Organization.

Using exercise testing, which is traditionally used to diagnose ischemic heart disease, the study authors set out to determine the impact of physical fitness on early death from all causes. They also looked at established risk factors of heart disease such as smoking, high cholesterol and high blood pressure.

The new research analyzed 792 men born in 1913 who performed an exercise test in 1967, at 54 years of age. More than 650 of the healthiest men also did an exercise test measuring maximal oxygen uptake, called VO2 max. The higher a person's VO2 max measurement, the more physically fit they are.

Tracking the men and using information from several physical exams in intervening years, the researchers obtained data on deaths from all causes. To determine the association between predicted VO2 max (physical fitness) and death, study participants were divided into three groups ranging from low to high VO2 max.

Each increase in predicted VO2 max (physical fitness) levels was linked with a 21 percent lower risk of death over 45 years of follow-up, even after adjusting for other risk factors such as smoking, blood pressure and cholesterol levels.

But the study didn't prove a cause-and-effect link between aerobic fitness and early death risk, just an association.

The findings were published online July 27 in the European Journal of Preventive Cardiology.

U.S. cardiologists agreed with Ladenvall that the study's long follow-up period strengthens the value of the findings.

"The surprising part of the finding is that [physical fitness] is prognostically important so many years down the line," said Dr. William Zoghbi, chief of cardiology at Houston Methodist Hospital in Texas.

"A message we've heard before is that physical fitness is really a major determinant of longevity," added Zoghbi, past president of the American College of Cardiology. "This study supports it."

But how much exercise is enough to lower a person's risk factors for dying earlier?

This question wasn't addressed in the study, Ladenvall said, "but on a general note, the amount of exercise needed to increase fitness is dependent on the baseline fitness in that individual."

"In people with low fitness, even small increases in activity levels can have beneficial effects," he said.

"It doesn't have to be fast, and people don't have to go out and run marathons," Weintraub said. "We need to think of something on the order of 30 minutes to an hour a day of activity. Get home from work and go for a walk. There's evidence that more activity is better up to a point, but any activity is good."