Is Your Child a Digital Addict? Here’s What You Can Do 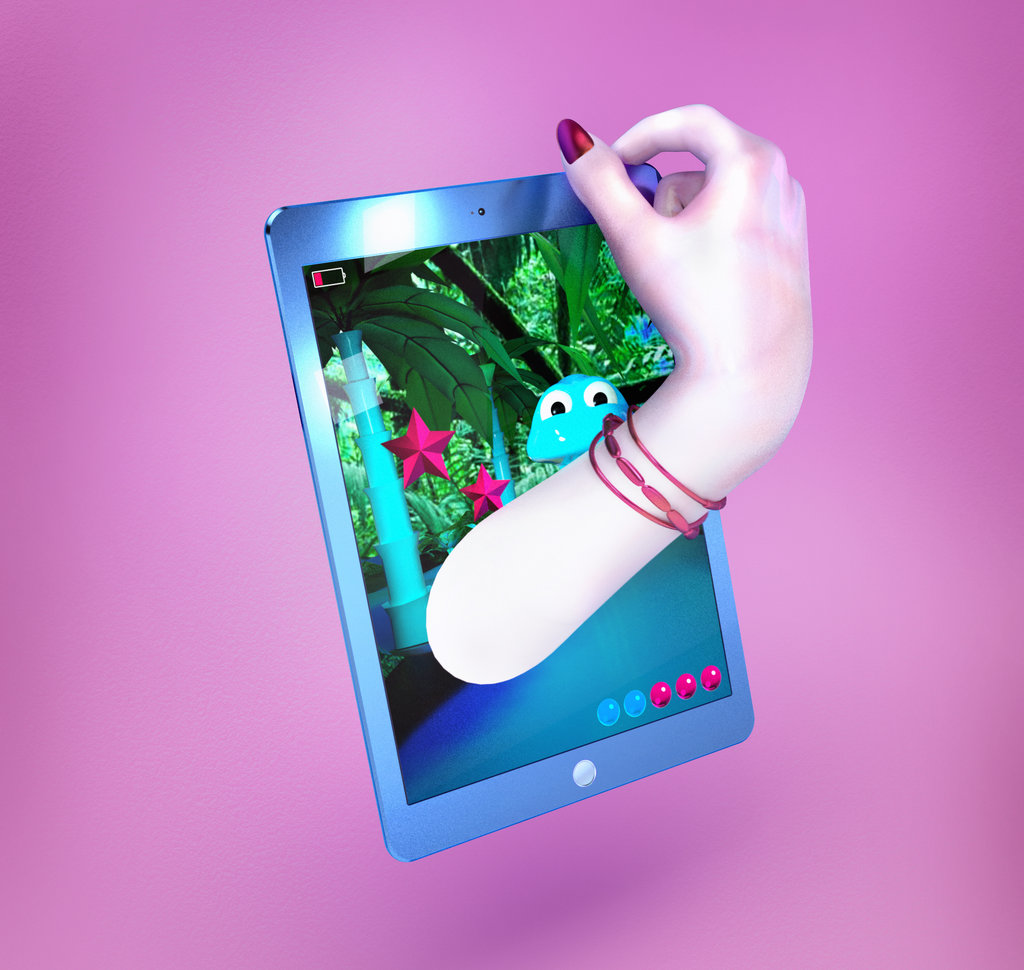 It can be hard for children to move on from screen time, but it doesn’t always have to be a battle.

When Meghan Cirrito tells her sons that their time watching “Teenage Mutant Ninja Turtles” on their Kindles or the family’s iPad is over, it tends not to go over very well.

“They’re completely outraged, shouting about how unfair life is and how mean I am,” says Cirrito, 42, a stay-at-home mother of two boys, ages 5 and 8, and a community activist in Long Island City, Queens. That is, they’re outraged if they’re not outright ignoring her. “They act like you do not exist, nothing exists” except the device, she says, “which is so creepy.”

Most parents of young children can relate to this scenario: their zombie progeny zoned out in front of a screen — then the tussles and tantrums that result when they take the device away. Transitions from one activity to another can be tough for little kids, but the move away from digital devices is often another level of excruciating.

[Are you anxious about how technology affects your kids?  We want to hear from you.]

“These typical sweet young things really take on a different persona when they take away the screens,” says Rebecca Rialon Berry, Ph.D., a clinical assistant professor in the department of child and adolescent psychiatry at N.Y.U. Langone Health.

The intense sounds, colors and rapid movement of digital content can make it much more immersive and entrancing than the real world — and therefore much more difficult to disengage from, Dr. Berry said. Interactivity — touching a screen and making something happen — is particularly riveting for young children. Kids will “keep doing it,” says Dr. Dimitri Christakis, M.D., M.P.H., director of the Center for Child Health, Behavior and Development at Seattle Children’s Research Institute. “It is intensely gratifying.”

Plus, many apps and video games give rewards in the form of points or virtual stickers, and getting those rewards can be fun. “The purveyors of games and apps are very well aware they are monetizing our children’s attention,” Dr. Christakis said. “They build in design features that make them difficult to put away.”

So what’s happening in a kid’s brain when all this is going on? Pleasurable activities cause the release of dopamine, a neurotransmitter that sends a signal to the prefrontal cortex, the part of the brain involved in planning and organizing tasks. The message is “do that again, get more of that,” says Dr. Christakis. (Dopamine release isn’t specific to screen time, of course. For kids, it could occur when they get praise from parents or eat a snack when hungry.) Then, when parents put a stop to the games or YouTube videos, kids’ dopamine levels drop. “The withdrawal of it is experienced as painful,” Dr. Christakis says. “You experience transient withdrawal like you’re coming down from a high.”

Young kids don’t have enough of an ability to regulate their emotions to consistently navigate that transition without freaking out. In a study by researchers at the University of Washington involving 27 parents of children ages 1 to 5, 93 percent of parents said that their child “throws a tantrum, whines, or resists ending screen time at least occasionally.” And 37 percent said screen time “almost always ends in a fight.”

The American Academy of Pediatrics recommends that children younger than 18 to 24 months not be exposed to digital media — with an exception for video-chat — and that children 2 to 5 have no more than one hour of screen time per day. The organization also recommends that parents watch media with their kids to help them understand it. (O.K. But how are parents of toddlers ever supposed to shower?) Studies have linked excessive use of media by preschoolers to a higher risk of obesity, shorter amounts of sleep, and cognitive, language and emotional delays.

So how can parents take away a device without causing a tantrum? It helps to make screen time a predictable and scheduled part of children’s routines, says Paul Donahue, Ph.D., a clinical psychologist in Scarsdale, N.Y. (For example, one “Curious George” episode a day while Mom or Dad is making dinner.) In another study by the University of Washington researchers, 28 families with children ages 1 to 5 completed a diary about their children’s transitions to and from screen time over two weeks. They found that when screen time is planned, kids are much less upset when it’s time for it to end.

Dr. Berry suggests making a plan with your children to do something fun when screen time is over, like having a snack or going to the park. Then, before the video or app begins, remind them that they’ll get to do that activity if they can turn off the iPad without losing their cool. Letting kids do something enjoyable after screen time will be much easier than expecting them to go right to dinner, a bath or bed. (The American Academy of Pediatrics recommends no screens during meals and to shut them off at least one hour before bedtime.) It can also be helpful to have a reward chart, where kids get stickers for handing over the device without freaking out.

Many parents warn their kids when screen time is almost over. But the diary study by the University of Washington researchers actually found that toddlers and preschoolers were more upset when parents gave warnings before it was time to put away the screen. Alexis Hiniker, Ph.D., the study’s lead researcher and an assistant professor at the university’s Information School, says she doesn’t think warnings are inherently problematic, but that parents often use them as a last resort when they’re winging it. In these cases, warnings can spur a power struggle and “could remind the child of who is in charge and that they don’t have a say,” says Dr. Hiniker.

Dr. Hiniker still suggests that parents give their kids warnings, but recommends that families involve children in the process by letting them choose when warnings will happen (10 minutes vs. 5 minutes before screen time is over, for example), and then letting them set the timer and weigh in on which activity to do when the video or game is over.

Cirrito has started using the timer on her family’s Amazon Echo to tell her sons how many minutes of video time they have left. She says the timer has helped. “They hand it over a little more easily,” she said. “It is almost Pavlovian.”

And it may seem like a no-brainer, but don’t try to end kids’ screen time when they’re in the middle of a game or video, says Sarah E. Domoff, Ph.D., an assistant professor of psychology at Central Michigan University, who, along with colleagues at the University of Michigan and Iowa State University, has developed a scale to measure screen media “addiction” in children age 4 to 11.

It also helps to shut off the autoplay feature on Netflix and YouTube, says Dr. Hiniker, who has conducted research that found it was harder to limit or end screen time when the next video automatically popped up.

Parents need to stay strong and stick to their plan even when faced with vociferous whining, says Jenny Radesky, M.D., assistant professor of pediatrics at the University of Michigan. “If you’re intermittently rewarding your children’s request for prolonged media time and they know Mom might say ‘yes,’ future transitions are likely to be rockier,” says Dr. Radesky, who, along with Dr. Christakis, is a lead author of the American Academy of Pediatrics’ media guidelines for young children.

A screen-time session that’s too short can also lead to tantrums, says Dr. Donahue. “It takes a while for kids to transition in and focus on what they are doing,” he says. “If you say, ‘You can have it for five minutes, then I’m going to take it out of your hands,’ that is creating too much frustration.” He recommends sessions of 30 to 45 minutes.

So what happens if you follow this advice and your kid still throws a fit? Stay calm and walk away, suggests Dr. Berry. And if the tantrums happen repeatedly, you may have to take drastic measures, says Dr. Donahue. “You may have to say, ‘We’re not going to have the device for a while,’” he says. A few no-device days should suffice and “help the child understand that screens are a privilege,” he says.

Then, when giving electronics back to children, Dr. Donahue suggests parents explain that the return is only on a “trial basis to see if they are ready to handle them again.”

Andrea Petersen is a journalist in New York and the author of “On Edge: A Journey Through Anxiety.”